Components of a Ceiling Fan 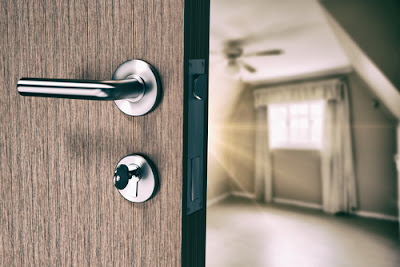 Ceilings fans circulate air inside a room. Usually, they are electrically-powered mechanical fans that are suspended from ceilings. In Singapore, ceiling fans are also used to cool, or warm, the room. As a highly developed economy with a well-established service sector, ceiling fans can be found in large conference halls, restaurants, and office complex; as well as residential homes and apartments.

Singapore has a tropical climate, and the authorities are advocating a greening policy which means that ceiling fans must be environmentally-friendly in terms of design and operation. This means that ceiling fans must be built of non-toxic materials, and in case they are irreparably damaged, their design allows some of the parts to be recycled while the non-recyclable parts can be properly disposed off. Also, the material used to build the non-recyclable parts should at least be biodegradable, so as to minimize the load of waste product associated with damaged ceiling fans.

A good ceiling fan should be energy-efficient, which means that it does not waste energy. The design of quality ceiling fans allow them to adequately circulate air inside rooms while rotating at a slow speed. Some ceiling fans feature blade designs which have been purposely built for better aerodynamics, and this ensures that when the fan is rotating, less energy is used to overcome air resistance.

Power consumption can also be reduced if home owners, or fan users, turn on ceiling fans only when they are inside the house or building. However, if the ceiling fans are installed in bakeries or kitchens where ovens are continually being used, then the fans can be left running even if there is no one at home.

Components of a Ceiling Fan

There are different types of ceiling fans available in the market in Singapore. Nonetheless, all these ceiling fans have the following basic parts, which are described alongside their functions. 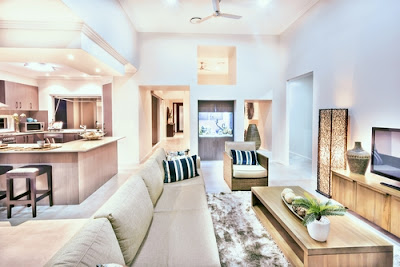 - Ceiling Mount: This is the mechanism used to mount, or install, the ceiling fan into the ceiling (or roof). They also provide conduit for electric cables to supply power to the electric motor of the fan. There are 3 main designs of ceiling mounts:

1. Ball and Socket: A metal or plastic hemisphere housing a metal bracket is fitted on the ceiling, and it secures the downrod to the ceiling.

2. Claw hook system; It is also called the J-hook system, and it features a metal hook that has been fitted into the ceiling, with the ceiling fan hanging on this metal hook.

3. Low ceiling adapter: This is a specially designed ceiling mount that does not need a downrod, and thus allows the ceiling fan to be installed in rooms with set roofs, or those that have low ceiling clearance.

- Downrod: It is a metal rod attached to the ceiling mount, that serves to suspend the ceiling fan in the room. They are different sizes of downrods, with the fan type and room size determining the length and widths of the downrod to be used. Downroads are not used in areas with low ceiling clearance.

- Motor housing: This is an encasement, usually decorated, that houses the electric motor of the ceiling fan. Usually, each ceiling fan manufacturers creates a unique design of the motor housing. Also, due to its size and prominence, they can be used to distinguish different types of ceiling fans that have been made by different manufacturers.

- Switch housing: This is a metal cylinder that is mounted below the electric motor. It houses various electrical components including capacitors, switches, and electric wires; and in fans that require lubrication, it houses the oil reservoir. It also protects these parts from damage. It is also called the nose column or switch cup.

- Electric motor: Ceiling fans are usually driven using single-phase induction motors, with most motors having 18 poles. However, there can be 18, 20, or 22 poles. The windings of the poles ensure that the motor has a low operating speed. Even so, motors have stator voltage controls which allow for a wide range of speed control.

- Flywheel: It is attached to the shaft of the electric motor. Blade irons are usually attached to it using bolt. Lock screws are used to lock the inner ring of the flywheels onto the motor shaft.

- Blades: These are the paddles that move the air around the rooms. They are also called wings, and they are built in different designs. The axial fan design maximizes the pressure of air being circulated. It is usually made from plastic, wood, iron, plywood, or aluminum. Generally, quality ceiling fans have well-designed blades which are built from rust-resistant, non-corrosive materials. 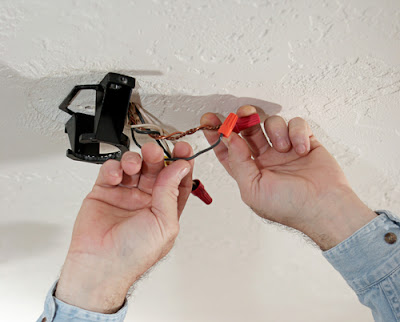 - Blade irons: They hold the blades in place, and also attach them to the electric motor, or the flywheel. They are also called flanges, blade brackets, blade holders, or blade arms. Some ceiling fans do not have blade irons, but instead have rotors.

- Rotors: They are usually one-piece die cast devices attached to the motor, which receive and secure blades. Unlike blade irons, rotors are quite stable and eliminate balance problems, as well as minimize the extent of exposed fasteners.

- Blade badges: These are visible decorative adornments that are fitted to the underside of blades so as to conceal the screws which attach the blades to their blade irons. There are also assorted switches which are used to turn on and off the ceiling fan; as well as adjusting the rotating speed or the direction of air draft.

- Lamps: They can be uplights, downlights or decorative lights. Uplights are used to create ambiance while downlights are a light kit used to improve the ambient light in the room.

There is air stratification in a normal room with warm air settling at the upper part while colder air settles at the lowest part of the room. Therefore, if you need to warm the room, you need to ceiling fan to create a downward draft which brings warm air to the lower part of the roof while colder air is pushed to the roof of the room. If you need to cool the room, then you set the ceiling fan to create an upward draft of air.
Posted by Unknown at 10:23